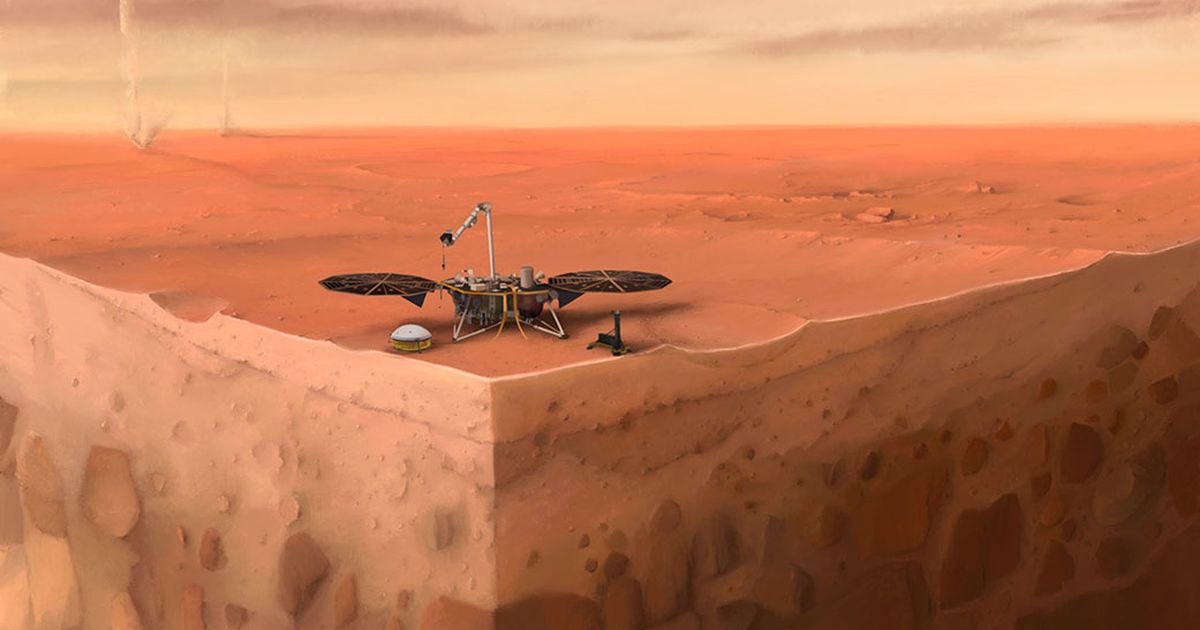 NASA announced on Thursday that Prof. The Mole on Mars has completed its mission After landing on the red planet nearly two years ago.

The Mole – also known as a drill, drill, and probe – was built by the German Space Center (DLR) and Published by NASA’s InSight Lander. His purpose was to dig 16 feet into Mars’ soil to measure its temperature and … well, he never could do that.

The The digger digs down only 14 inches Before she gets stuck in the first month of her mission. Months later in October 2019, NASA engineers laid out a plan to get the rig back on track with a robotic scoop to help refill 14 inches and support the rig in its next attempt to break through 16 feet. The team at NASA was confident that The probe was finally ready to go, But They were wrong.

The next idea for NASA, in February 2020, was this Guide the InSight Lander to press the probe With its robotic arm.

This also didn’t work. After attempting to use the scoop on InSight’s robotic arm again on January 9, 2021, the probe performed an additional 500 hammer strikes without any progress. At that point, the team declared the investigation dead.

“We gave it all we had,” DLR’s Tillman Spoon said in the NASA announcement, “but Mars and the heroic mole are still incompatible.”

There is good news, however. Spoon said working on this probe would benefit future missions, as they learned a lot about the surface of Mars.

Thomas Zurbuchen, associate director of science at NASA Headquarters in Washington, said he was proud of the mission team – and that their work was purposeful. “This is why we are taking the risk at NASA – we have to push the boundaries of technology to see what works and what doesn’t,” he said.

“In this sense, we have succeeded: we have learned a lot that will benefit future missions to Mars and elsewhere,” Zurbuchen continued, “and we thank our German partners at DLR for providing this tool and their cooperation.