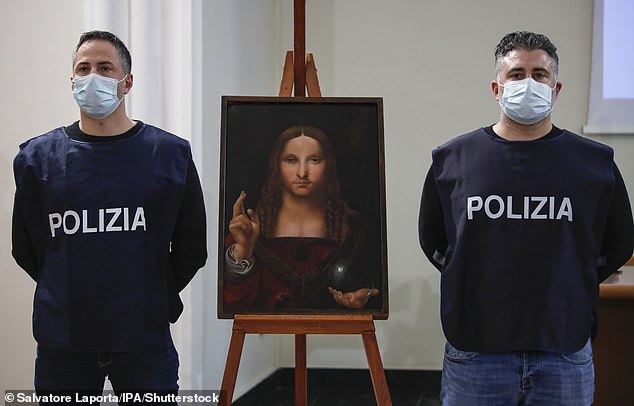 Written by Jack Wright for Mailonline

A copy of a world-famous Salvator Mundi oil painting, stolen from a church in Naples two years ago, was found in an apartment in southern Italy.

Italian news agency AGI It reported that the fifteenth-century artworks, widely attributed to Leonardo da Vinci, were stolen from the Muscettola in the Basilica of San Domenico Maggiore in Naples two years earlier.

Police found the painting in a room in an apartment in Strada Provinciale delle Brecce in Naples. The apartment’s 36-year-old owner was tracked down near the property and arrested on suspicion of receiving stolen goods.

Agents of the Crimes Against Heritage section of the Naples Flying Squad display “Salvatore Mundi,” a painting from the Leonardo school dating back to the 15th century 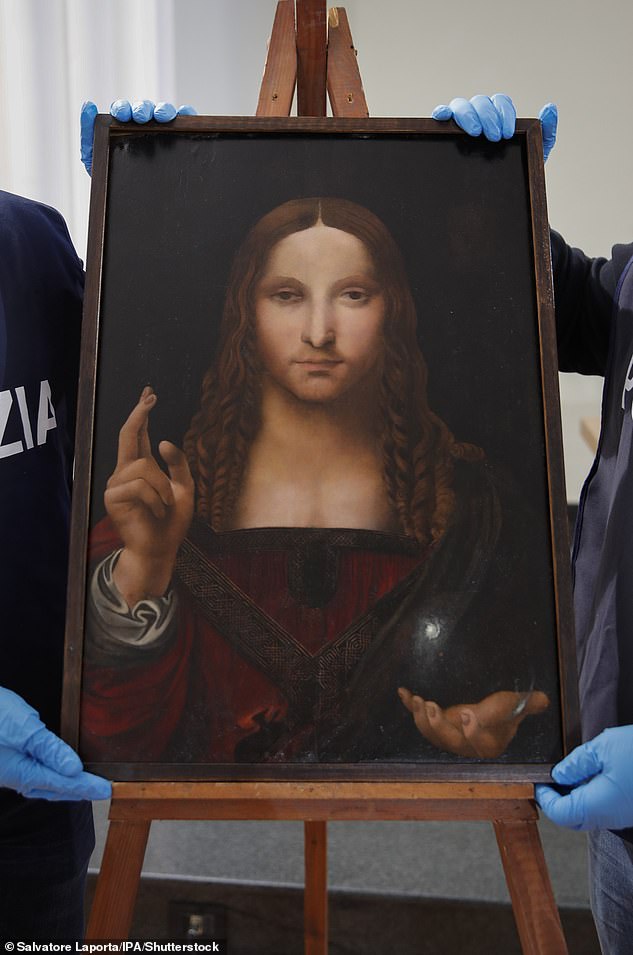 Salvatore Mundi, a depiction of Christ as savior of the world, is believed to have been painted around 1500 for King Louis XII – shortly after the French king invaded the Duchy of Milan and took control of Genoa.

The original piece was the most expensive painting ever sold at auction, breaking all records In Christie’s, New York, in 2017, when Badr bin Abdullah bin Muhammad bin Farhan Al Saud bought it for $ 450,300,000.

The painting depicts Jesus in Renaissance dress, drawing the sign of the cross with his right hand, while he carries a transparent, unbreakable crystal ball to his left.

About 20 other copies of the work are known to have been created by students and followers of Da Vinci, with introductory drawings of chalk and ink to fabrics by the master preserved in the British Royal Collection. 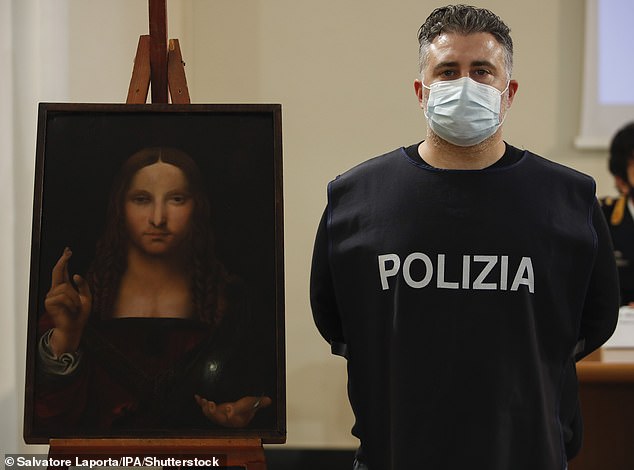 The Italian news agency AGI reported that the painting, widely attributed to Leonardo da Vinci, was part of the Duma collection at the Basilica di San Domenico Maggiore in Naples.

Leonardo de Sir Piero da Vinci, most commonly Leonardo da Vinci or simply Leonardo, was one of the greatest individuals of the past millennium.

He has been credited with developing parachutes, helicopters and tanks.

After being born out of wedlock, the visionary worked in Milan, Rome, Bologna and Venice.

His most famous works include The Mona Lisa, The Last Supper, and The Vitruvian Man.