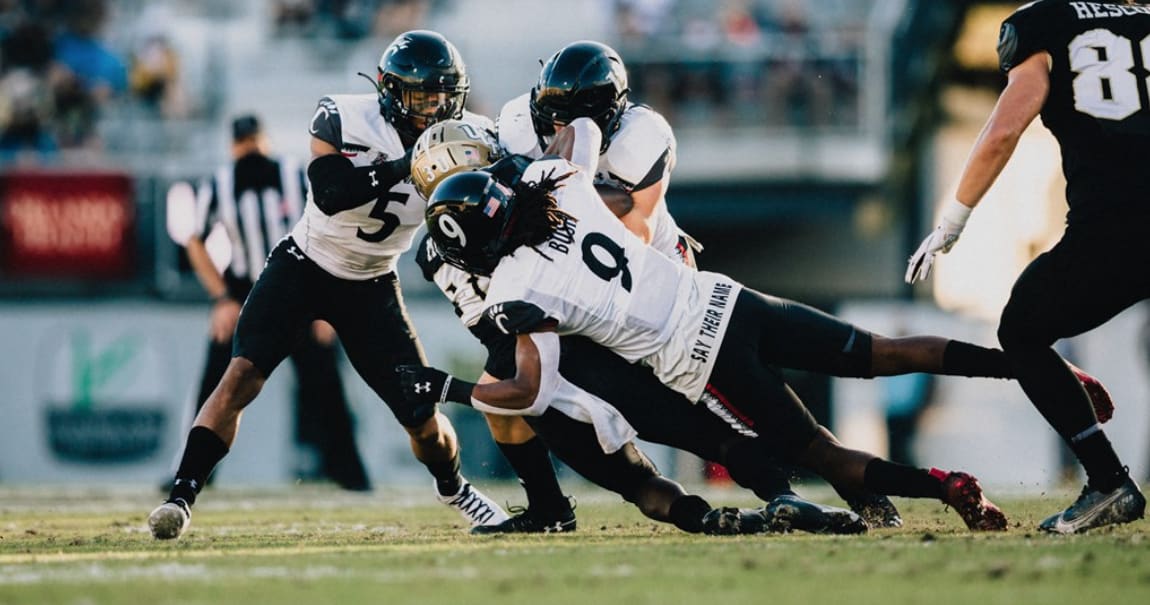 Athens – Can’t wait for Cincinnati soccer to enter the ring and prove itself to the SEC champion of Georgia.

.““I think we’re all men always with chips on our shoulders, (and) we want to get out and fight,” said Berkats’ defense coordinator Marcus Freeman this week.

“This is not a charitable event for us. We are not here to go there and enjoy being in Chick-fil-A Peach Bowl. We are here to go out and win a soccer match. We are preparing. We have a whole bunch of guys with that mindset, who will be counting their butts in the next couple of days.” On Friday, they get out there and swing as hard as we can. “

Number 9 (7-2) Bulldogs are preferred to landing on No.8 ranked Bearcats, who enter this afternoon showdown at Mercedes-Benz Stadium with the goal of proving that they belong to the College Football Playoff.

“I feel it would mean a lot to us if we beat Georgia,” said Ahmed Gardner, Cincinnati All-America corner back. “He’s going to put us, like, on the map. You know what I’m saying? All over the country, all the recruits and the scouts and everything, they’ll know that we have, what it takes to beat this team.”

Percats full-back Joel Doblanco said he and his team-mates are ready to take on the Bulldog, who enter the match after eight players have started matches due to injuries and a lack of participation.

“The style of soccer we’re proud of is tough and bad,” said Doblanco. “We will be playing this brand against a team like Georgia.”

““The first thing I think we’re stronger than a lot of Power 5 teams across the country,” said Gardner. “We are working very hard.”

Georgia had a problem against teams that were able to handle it physically, especially at the melee streak in the loss to Alabama and Florida, and the 14-3 win over Kentucky.

In Cincinnati, coach Kirby Smart’s side will face perhaps the most inspiring team he has lined up throughout the season.

“In the past 100 years, we’ve only had two chances to play in games like this,” said Dark Forrest, battle-tested safety from Columbus, Ohio. “We have to make the best of our opportunities. I feel everyone wants to make the most of this opportunity. There are still things like our back pockets.”

“We definitely need to go there and get this for our program, for our city, just for everyone. “

Zamir White focuses on Cincinnati, not the future

Tale of the Tape, a statistical breakdown of UGA and Cincinnati

Kirby Smart shares the key to the Peach Bowl victory

Bearcats yearn to take a bite of a depleted Bulldog

How Georgia prepares to match the Chick-fil-A Peach Bowl